Home page | News | Investments in real estate projects in the Slovak Republic increased in the first half of the year, but co-workers and offices will be affected

Investments in real estate projects in the Slovak Republic increased in the first half of the year, but co-workers and offices will be affected 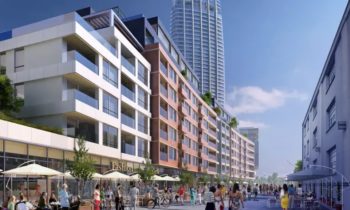 The total volume of investments in real estate projects in Slovakia in the first half of this year reached 346 mil. which represents a year-on-year increase of 46%. However, the coronary crisis is expected to have a greater impact on co-working centers, boarding schools and offices. That’s according to a KPMG survey.

The results of the KPMG Property Lending Barometer survey showed that real estate projects grew in the first half of 2020, despite the fact that, as in the previous year, Slovak bank representatives do not consider financing these projects a strategic priority. At the same time, banks in Slovakia are more open to projects that already generate income.

The most attractive housing projects in Slovakia

The average amount of the loan provided for real estate projects in Slovakia is in the range of 9 – 16 mil. eur. However, banks would like to provide higher loans in this segment, at the level of 11 to 29 mil. eur. In Slovakia, the financing of housing projects is by far the most preferred this year, while other European respondents prefer more logistical – industrial projects. Last year’s leader, the office segment, fell to the penultimate position. According to KPMG, hotels and resorts are traditionally the least attractive segment for banks in Europe and in our country.

Impairment of loans for hotels

Banks in Europe expect a slow market recovery after the COVID-19 pandemic. Most of their representatives believe that the total percentage of impaired real estate loans will be within 10% this year. Among the most affected should be loan portfolios for hotels and retail spaces, experts predict a reduction in the value of their loans by more than 5%. One third of the representatives of European banks consider it probable that the loan impairment for the hotel segment will reach up to 20%. “In the hotel segment, city and congress hotels are the most affected in Slovakia, which was not helped by the partial recovery or the summer season. Several of these hotels are closed and will have to fight for survival, “says Michal Maxim, Senior Financial Services Manager, KPMG in Slovakia.

According to the study, this year the loan impairment for industrial real estate, logistics warehouses and office space should not exceed 5%. Four out of ten banks contacted in Europe said the effects of the pandemic would not change or even increase demand for office space. Representatives of Slovak banks completely disagree with this. They expect the greatest impact of the pandemic on co-working centers, boarding schools, or other alternative assets, and subsequently on office space. “In particular, large employers in the service sector have relocated a significant proportion of their people to work from home, or operate on a rotating basis. This trend will continue at least until the end of this year. Therefore, we do not expect more demand for office space in Slovakia, rather companies will negotiate rent discounts or reduce rented office space, ”explains M. Maxim. The respondents to the KPMG survey were not able to decide unequivocally whether the measures prepared by individual central banks and governments had helped to reduce the negative impact of the pandemic on real estate financing. Representatives of banks in Slovakia are also undecided on this topic.

Property Lending Barometer 2020 is the eleventh edition of the real estate financing survey conducted and regularly published by KPMG. This year, around 60 European banks from 11 countries took part in the survey, which took place in May and June 2020. Most of the participating banks were from Central and Eastern European countries. The above findings resulted from a special part of the survey on the impact of the new coronavirus on real estate financing, the full report will be available in mid-October 2020.