The volume of housing loans also increased in May 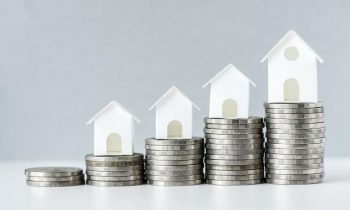 According to data from the National Bank of Slovakia (NBS), the volume of housing loans increased to EUR 28.6 billion in May 2019, representing an increase of almost 11% over the previous year. Extremely low rates of Slovak banks help people, but at the same time they raise real estate prices.

A year after the introduction of stricter measures by the NBS in providing loans to residents, the National Association of Real Estate Agencies of Slovakia (NARKS) notes that they were well founded. However, their effect has not yet been as expected. “The behavior of buyers and sellers is influenced by several factors, not only the price of the property and the amount of the loan, the demand has decreased only slightly,” says Zuzana Jakabíková, the Secretary General of the Association.

According to the NBS, the volume of housing loans increased to EUR 28.6 billion at the end of May this year. In year-on-year terms, loans increased by EUR 2.7 billion, up by EUR 252.1 million month-on-month. In terms of the shares of individual banks in housing loans granted, the largest share was Slovenská sporiteľňa, accounting for 26.29%. It was followed by VUB with a 21.94% share and Tatra banka with a 14.26% share in third place.

According to the analyst of Poštová banka Lucie Dovalová, the economic growth in Slovakia is signing below the fast pace of debt growth. It is falling unemployment, rising wages and low interest rates on credit products, which are among the lowest in the European Union. “And as a result of trying to take advantage of favorable conditions on the credit market in Slovakia, the debt is increasing,” says L. Dovalová.

The first housing is bought harder

NBS measures also forced buyers to save on savings, although it would be more convenient for many to take a higher loan and keep the savings as a reserve. “Buyers who buy for the first time and come to the market without ownership of the previous property have a bigger problem. Concerns about a sharp market halt have not been confirmed, but the number of buyers has fallen slightly, which is why the market is not under such pressure as a year ago, “said NARKS analyst Martin Lazik.

Banks are already trying to take into account the possible increase in the interest rates of loans in the future. “Paradoxically, the advantage of very low rates helps the population, but at the same time pushes prices up and causes debt. It is understandable that young people reach for loans immediately to secure their first home, “said Jakabíková, adding that the volume of loans has increased in recent years. This is also due to rising prices for real estate on which loans are drawn. top and prevalent interest in using cheap housing loans, which can be combined with other forms of borrowing. Real wages are higher and the minimum wage is growing. Secretary General.

Competition in Slovakia is greater than in the EU

According to the NBS, the activity of financial intermediaries, whose share is gradually increasing slightly, also contributes to the growth of loans. Their activity contributes to a high level of competition in the housing credit market. Competition between banks in providing loans for housing is higher in Slovakia than in most euro area countries. At the same time, according to the National Bank, there is an increased refinancing rate, which is associated with an increase in the principal of the loan.

Housing loans are provided by 17 banks. In the past, mortgage banks have gradually expanded the possibilities of housing finance to include consumer loans secured by real estate and other housing loans. These housing loans are in some cases replacing conventional mortgages, while some banks only provide minimal mortgage loans. Three building societies operate on the market within the framework of building savings. Building savings loans also increased by the end of May, reaching EUR 2.4 billion, including construction loans and inter-loans. The largest share was held by the First Building Savings Bank, representing 82.33%. It was followed by the remaining companies operating in Slovakia, namely Wüstenrot stavební spořitelna and ČSOB stavební spořitelna.

Changes may occur from 1 July this year, when new measures of the NBS will apply. According to them, only 20% of new borrowers will be able to cover 80 to 90% of the value of the property by credit. The measure limiting the amount of the loan for income is set from that date so that only 5% of applicants can benefit from a loan higher than 8 times the salary plus 5%, subject to additional conditions. ‘This measure affects in particular applicants. For example, with a couple, the loan amount can be doubled. It is therefore easier for him to draw credit than for an individual, “concluded Zuzana Jakabíková of NARKS.