The real estate market in Bratislava is full of extremes 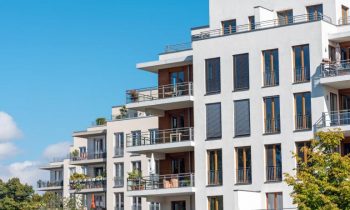 The situation in the capital of Slovakia is specific not only on the real estate market. All major companies and government institutions are headquartered in the capital, and Bratislava is one of the richest regions in the Union. Property prices are constantly growing here and are, of course, the highest in Slovakia.

Demand for flats on the Bratislava market is no longer satisfactory for developers. New builds go straight out of paper. And even older flats on the secondary market are scarcely few, says the portal Nehnuteľnosti.sk. Finding nice housing at a good price is almost impossible. Average real estate prices are pulling up new buildings that are gaining more and more weight in the real estate market.

The Bratislava real estate market has changed significantly over the past three years. According to data portal Nehnuteľnosti.sk, prices have risen everywhere, but not evenly. The price differences between the city districts have increased again, despite the fact that Bratislava is not a large city. For example, the average prices of 2-room apartments in Bratislava increased by up to 12%. Much more than this average, the prices of “two-cabinets” in Bratislava II and in Bratislava V increased. On the other hand, two-room apartments in Bratislava IV and Bratislava I are more significantly below the given average, only 5% increase in prices. And properties in Bratislava’s Old Town (Bratislava I) fall into a completely separate price category of luxury housing in the most expensive location in Slovakia. Apartment prices are at such a high level that any percentage increase is significant. All these prices of 2-room apartments are directly proportional to the demand for real estate in the respective parts of the city. The ranking of the most demanded dwellings is a constant long term. According to the portal portal Nehnuteľnosti.sk, the most preferred apartments are in Ružinov, Staré Město, Petržalka and Nové Mesto.

Most expensive and cheapest

On the other hand, the cheapest 1-room apartments are offered in the fourth district of Bratislava, where the average price of older apartments is 2 330 € / m2, mainly due to the city districts such as Devínska Nová Ves and Lamač. The price range of 1-room apartments in Bratislava, which are now available to buyers, thus ranges from € 50,000 to € 180,000. If we are talking only about older one-room flats, the cheapest part is offered by the Podunajské Biskupice district and the nearby local part Vlčie hrdlo.

In the case of 2-room flats, the whole Bratislava price average is € 143,000. Even in this category we can find cheaper apartments with a smaller area for as little as 55,000 € in cheaper locations of the city, just as in the case of 1-room apartments. Contrary to this, we offer two-room flats in new buildings with a price tag of up to half a million euros.

Three-room apartments and larger ones

The category of 3-room apartments has a Bratislava average of € 185,000. If this average is compared to 2008, it is up to 32,000 euros more. However, if we want to acquire a three-room apartment in a new building, according to the portal Nehnuteľnosti.sk will cost us on average 233 000 €. If we are satisfied with an older apartment, we will be “enough” for € 182,000. In the category of three-room flats, there are also flats that go beyond this average. In the lucrative part of the Old Town, a 3-room apartment can have a price tag of almost 1.5 million euros. However, if we put these offers on the side, those interested now choose three-room apartments from a range of approximately € 500,000 to the cheapest in the amount of € 105,000. These are, of course, again located in the outskirts of the city or in problematic locations.

Among the extremes of the Bratislava offer we can undoubtedly include the offer of apartments whose average price per square meter exceeded the threshold of € 10,000. Although these are the apartments in the most luxurious neighborhood of the city, fully furnished with quality furnishings and a modern interior, it is a price that is well above the market average. It is difficult to say whether the market in Bratislava is ready to accept the price tag of such most luxurious apartments, which is € 1.5 million. However, they are constantly on the real estate market. The most expensive apartments currently available on the Real Estate portal have a price tag of up to € 1.89 million.

On the other hand, the cheapest apartments in the capital are offered by studios with an average price of around 45,000 euros, located in prefabs and locations, such as the Pentagon in Vrakuń, Kopčianska Street in Petržalka, the Vajnory district and so on. It is remarkable how such a small town as Bratislava can be differentiated. In a small area, we see examples of the old known rule that the most important parameter for real estate is the location.

The Bratislava market now offers apartments ranging from € 45,000 to € 1.89 million. While these are extreme offers of the cheapest and most expensive apartments, this demonstrates the diversity of supply and the need for responsible training for anyone who has decided to start looking for their housing. “It is necessary to consider your preferences for apartment size, location and especially financial possibilities,” experts say from the real estate portal Nehnuteľnosti.sk. Assistance from the real estate agency is also irreplaceable.

Flat prices will certainly not decline in the near future. Their growth is expected to slow. And further development will depend on the gradual expansion of supply and funding opportunities. Since neither of these factors has a reason to change significantly, analysts from the Nenuteľnosti.sk portal assume that prices will stagnate rather than grow at the end of 2019.