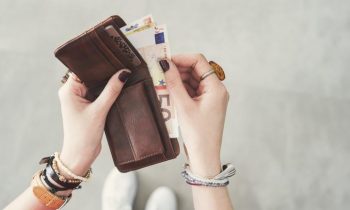 Friendly salaries savings clients are waiting for change this year. From January 2019, the new rules in the Building Savings Act will enter into force. For new savers, the status of friendly savers is abolished and the state premium is restricted.

Friendly salaries have earned a state premium, according to the Treasury, despite the fact that they only credited on the building savings account and did not draw any credit. The grant of the state premium will be conditional upon re-granting, provided that the resources obtained through the construction savings, including the state premium, are used exclusively for construction purposes. “It’s a bad step, as we see in practice many cases when people have finally used finances to improve or provide their housing after six years, even if they did not initially plan it,” said OVB Allfinanz Slovakia’s financial analyst Marián Búlik.

The state premium will be paid to adults only if their average monthly income, calculated from the taxable income for the calendar year, does not exceed 1,3 times the average monthly salary of the employee in the national economy of the Slovak Republic. The state child bonus remains preserved. “At this time, we can not judge how many clients this change affects, as we have not yet been required to investigate the income of client clients. We assume, however, that there will not be a large number of clients, as the saving saving uses the lower and middle income groups of the population, “said PSS spokesman Radovan Slobodník. The state premium could be used by the clients even during the repayment of the Bond. This, according to the finance sector, greatly reduces the willingness of the building societies to wait for the granting of a favored building loan. Therefore, a measure was adopted to demotivate the construction sponsor to take a commercial bridging. By excluding the entitlement to a state premium for the construction sponsor during the drawing and repayment of the bridging loan.

Full state premium only in the first half