Home page | News | Investments in commercial real estate in Slovakia fell by 27% in 2020, industrial parks are the same

Investments in commercial real estate in Slovakia fell by 27% in 2020, industrial parks are the same 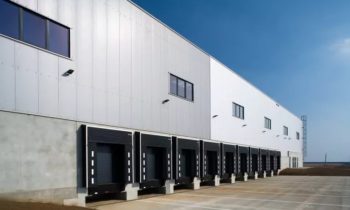 Total investment in commercial real estate in 2020 fell by 27% year-on-year to 502 million euros. Industrial real estate was the most attractive for investors, with a share of about 49%, which was caused by the accelerated expansion of e-commerce during the pandemic. This follows from the report of the real estate consulting company Cushman & Wakefield.

The decrease in the volume of commercial real estate transactions compared to the previous year was due to increased investor caution and, in part, a reduced appetite for retail assets due to uncertainty about the impact of the pandemic on their future development. C&W records several transactions started in the second half of the year, which did not have time to close by the end of the year. Almost three quarters of the transactions were carried out in the Bratislava region, followed by the Trnava region with a share of approximately 9% in the country’s investment activity.

More than 18% of the investment volume was sold within affiliated entities, where the property is transferred between two entities belonging to a common group. Industrial real estate recorded an increased volume of international portfolio transactions.

As much as 49% of transactions were recorded in the industrial real estate sector, which represents a significant increase compared to an average of 37% between 2016 and 2019. Approximately 37% of investments went to office real estate (compared to 29% between 2016 and 2019) and only about 11% activities took place in the field of retail. The remaining 3% of investments belonged to the hotel sector. As much as 90% of this year’s investment was allocated in the first half of the year.

The largest transactions in logistics

The largest completed transaction in Slovakia in 2020 was the sale of the Goodman industrial park portfolio in Senec and Košice to the global GLP Singapore Fund, which ranked fifth among industrial property owners in Slovakia with a total of 167,000 square meters of leasable area. He thus joined the five most important companies providing industrial premises, including Prologis, CTP, P3 and the Chinese CNIC. Cushman & Wakefield acted as an advisor to the GLP buyer in this transaction, which included Poland, the Czech Republic and Hungary.

The industrial sector is experiencing high external demand, which is currently limited only by the supply of modern, well-located parks that have not yet been sold in previous years. Proof of this is the sale of the Palmira Senec logistics park, which passed from Palmira Capital Partners / Apollo Global Management into the hands of the Singapore State Fund GIC and represents approximately 127,000 square meters of leasable area. In the new way, these areas are managed by P3, which is currently the industrial troika in Slovakia in the volume of owned areas.

The Czech fund REICO, which bought two warehouses in Sered in the first quarter from the Russian developer PNK Group, also strengthened its position on the Slovak logistics market. The warehouses offer a total of approximately 44,000 square meters and have direct access to the R1 expressway, which feeds into the D1 motorway.

The offices sold the most Penta

Significant office transactions this year include the sale of the ROSUM building belonging to Penta Real Estate with a total leasable area of ​​more than 22,000 square meters to the German private fund ECE. The building was built in 2016 at the intersection of the most important city roads – Bajkalská and Ružinovská streets and has a green LEED Gold certification. Significant office transactions did not take place only in Bratislava, as evidenced by the purchase of the BCT-1 business center (over 17,000 m2) in Košice by the Slovak group Occam Real Estate from the developer Penta Real Estate.

The office sector achieved a total volume of transactions of 183 million euros this year, and investors’ interest in this segment is expected to increase after the completion of several newly built projects after their successful leasing. At the same time, there are several larger, pending transactions in this sector at various stages of the sale.

The most affected retail

This year, the retail market was most affected by the decline in mobility and the consequent decline in sales of shopping centers. The biggest drop in sales was recorded by shopping centers near business centers due to the higher rate of work from home. Retail transactions in 2020 amounted to only about 56 million euros, mostly transactions from the first quarter, which were negotiated in 2019. For example, the sale of the Dubeň shopping center in Žilina, which is now owned by Mirage, a company owned by George Trabelssie.

In terms of capital, Asian investors accounted for the largest share of total investment in 2020 (40%), and in 2020 it was driven by Singapore’s investment in industrial real estate in Slovakia. The ranking is followed by Slovak investors (37%), European investors – with the exception of the Czech Republic and Slovakia (12%) and Czech investors (10%). The highest increase in the last